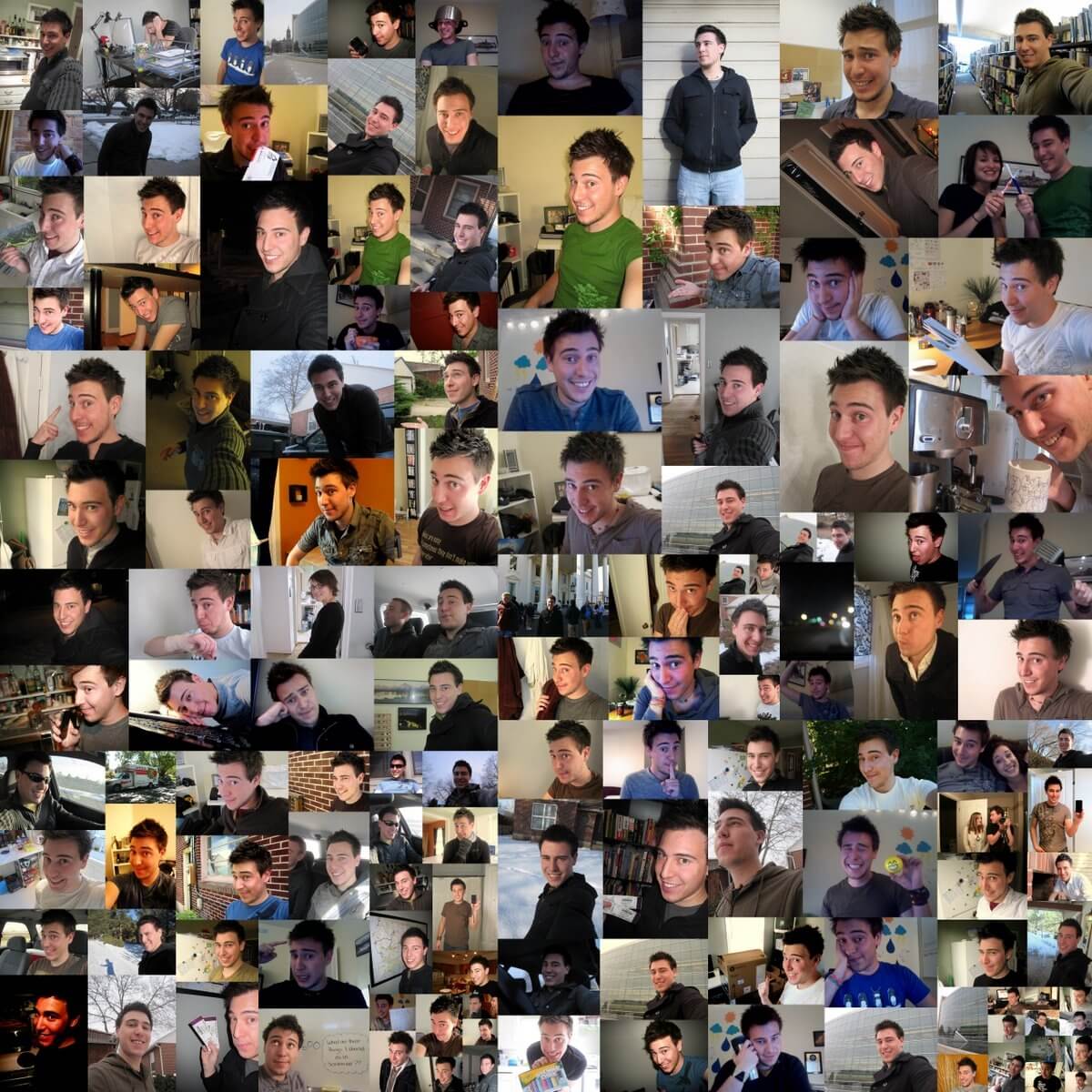 It was a fun four years.

For those that never knew of its awkward, photo-filled world, Dailybooth originally was a community of awesome people posting photos and stories once-a-day, every day. Back during it's heyday in 2010, I'd always try to find the best photo of me for the day, whether in my backyard, at work, or even on holiday that I'd share with the world. From that, friendships were made. Commenting and conversing with friends on the site became a daily activiy. Skype names and cell phone numbers were exchanged. And eventually adventures to see these friends in far away places.

Many people I met on Dailybooth many years ago I still talk to on a regular basis. Lauren in London, who took me in on my first European adventure. Sarah, who I visited in Oregon after a 13 hour road trip adventure because I was bored. Ginie, who kidnapped me away to France after I quit my job. There was also Lauren, Paul, Lisa, Emma, Linzi, Jordyn, Sarah, Jen, Monika, Brittany, Iris, Hannah, and so so many more people that I met and eventually became friends with from the site.

I started back in summer of 2009 with my first photo of me heading home to visit my family for a weekend. I found the site through @oceana_roll on Twitter, and it just went from there. Sadly, by mid-2011 the community began to fall apart and the site lost it charm. And with the exception of a goodbye post today, I stopped actively posting back in March 2012.

It was also my first time I started feeling comfortable in front of the camera. I was always the photographer, hiding behind the camera, but Dailybooth changed that. In fact, it probably was a contributing factor to why I became an active member of the YouTube community.

Dailybooth, you will be missed (sorta).

Back to the journal
hi@asketchyfish.com