If I Designed Denver's Public Transit

Excuse me while I get public transit nerdy for a moment.

Public transit also happens to be transforming massively in the Denver Metro Area over the past decade, especially with the onslaught of projects associated with FasTracks, the voter approved measure to expand the public transit options in the city. 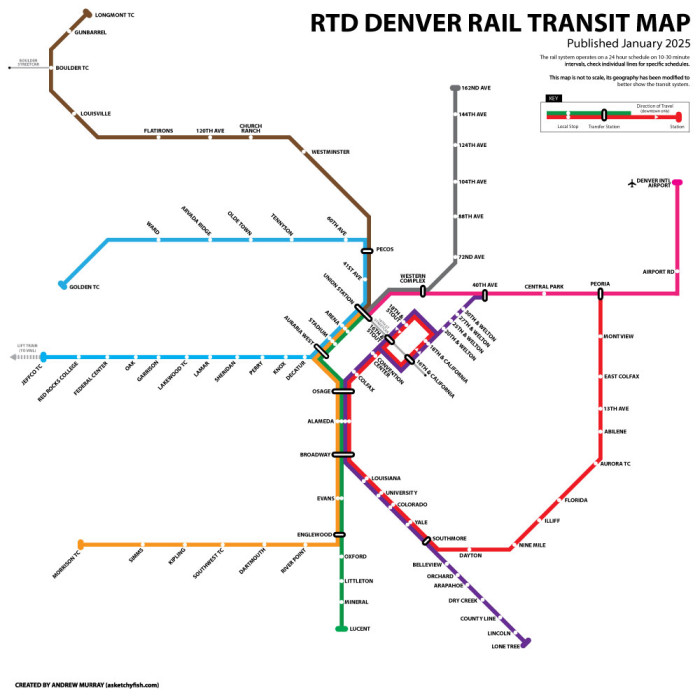 I dropped the 'bus route' type drawing of lines that RTD currently uses, and instead created single route lines with transfer points. My map keeps with many of the planned routes for FasTracks, but I have added additional stops along some of the lines and added a whole new Southwest Line that would run down 285/Hampden. Also, I added the pie-in-the-sky solution to the I-70 traffic issues with a new LIFT train into the mountains.

Let me know what you think of the design. What other routes would you add in Denver? Feel free to share this around as well.

Back to the journal
hi@asketchyfish.com